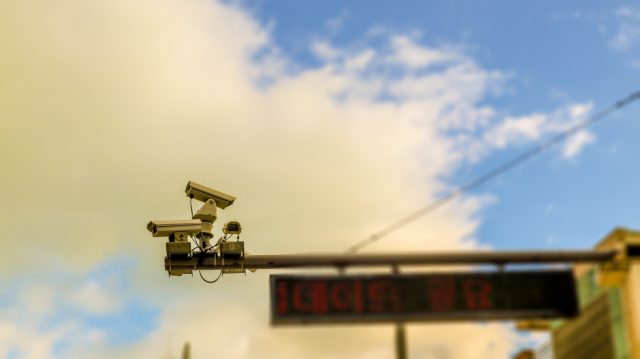 According to the research, seven out of 10 (68.4 percent) security cameras have out of date camera firmware. The research was based on a survey conducted on a sample of 44,763 security cameras, which revealed that more than half of the cameras (53.9 percent) contain known vulnerabilities and nearly four out of 10 cameras are vulnerable to attacks. The research also highlighted that one in four organizations (23 percent)  that use the same passwords for all the security cameras are falling prey to intruders, as they can easily attack all cameras if they crack a password for one camera.

Describing the scenario, Mathieu Chevalier, Lead Security Architect at Genetec, said, “Unfortunately, our research shows that the  ‘set it and forget it’  mentality remains prevalent putting an entire organization’s security and people’s privacy at risk. All it takes is one camera with obsolete firmware or a default password to create a foothold for an attacker to compromise the whole network. It is critical that organizations should be as proactive in the update of their physical security systems as they are in updating their IT networks.”

The Middle East cybersecurity market is expected to grow at a compound annual growth rate (CAGR) of 22.5 percent between 2018 and 2024. Recently, technology conglomerate, Honeywell stated that it is imperative for cities in the region that are ready to jump on the smart bandwagon to address the needs and security of smart building systems.

Honeywell also released its predictions on emerging trends that will shape cybersecurity for buildings. The company pointed out that Building Internet of Things (BIoT) will likely see a spur in cyberthreats as they become more connected. The surge of smart buildings will also put data and reputation of companies at potentially greater risk. Among the reasons for the trend were less-guarded entry points for buildings and lack of focus on cybersecurity when managing OT (Operational Technology). Another prediction was around cybersecurity for OT in buildings. The technology giant suggested that with buildings becoming smarter, they tend to produce more connected data, thereby attracting more potential threats.