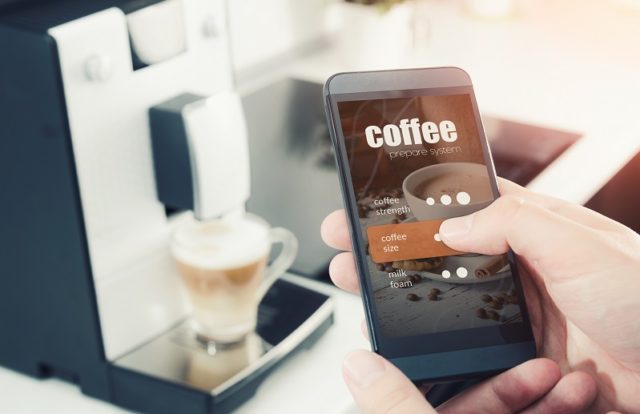 Hackers can exploit smart home appliances like coffee machines and TVs to steal people’s sensitive information. According to Vince Steckler, Chief Executive at security firm Avast, the Internet-connected devices used in the home, like laptops, mobile phones, and other smart gadgets, aren’t secure as they allow hackers to use them to get hold of bank details and other personal information.

Steckler stated that cybercriminals can make use of potential vulnerabilities in the Internet of Things (IoT) devices and compromise them to steal their owner’s sensitive details.

Many of the recent surveys discovered the unknown vulnerabilities in the smart devices that we use often. Recently, cybersecurity expert Yossi Atias took the stage at Mobile World Congress to demonstrate a live hack of the Amazon Ring video doorbell, exposing a previously unknown vulnerability in the popular IoT device. The hack revealed unencrypted transmission of audio and/or video footage to the Ring application allows for arbitrary surveillance and injection of counterfeit video traffic, effectively compromising home security and putting family members’ safety at risk.

Earlier in 2018, a research from cybersecurity solutions provider Check Point revealed how organizations and individuals are vulnerable to hacking through their fax machines. The researchers at Check Point stated that fax machines have security vulnerabilities which could possibly allow a hacker to steal data through a company’s network using just a phone line and a fax number. The researchers also showed how they were able to exploit security flaws in a Hewlett Packard all-in-one printer. The findings were presented by Check Point’s researchers Yaniv Balmas and Eyal Itkin at DEFCON 26.

Also, the security experts from the University of Texas stated the hackers can make use of internet-connected light bulbs as a covert channel to exploit the user’s private data. The researchers have taken the LIFX and Phillips Hue smart light systems for the study. The research stated the hackers can launch an attack by manipulating the infrared light by creating a communication channel between the smart lights and a device that senses infrared light. And by installing a malicious agent on the phone the attackers can encode the private data and transfer them through the infrared covert channel.

The researchers also specified that the proposed threats can be mitigated by enforcing strong network systems and reducing the light transmittance and the brightness of the bulbs that stops the attacks to perform.