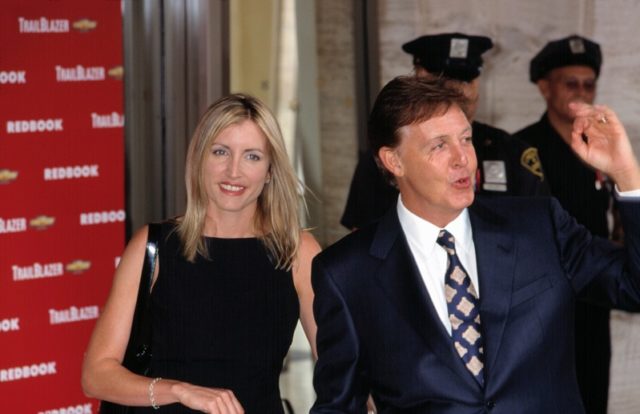 After a decade long battle, ex-wife of Paul McCartney, Heather Mills and her sister Fiona Mills have won an apology and settlement from Rupert Murdoch’s News of the World. The newsgroup was accused of hacking their phones in a bid to find stories surrounding the celebrities. Following the scandal, Murdoch had to force shut his News of the World newspaper in 2011.

Both the parties received a formal apology in the High Court in Britain. The amount of the settlement was not disclosed. Mills shared she felt “joy and vindication” at the ruling.

“My motivation to win this decade-long fight stemmed from a desire to obtain justice, not only for my family, my charities and myself, but for the thousands of innocent members of the public who, like me, have suffered similar ignominious, criminal treatment at the hands of one of the world’s most powerful media groups,” Mills said in a statement.

Mills is among several other celebrities who became a victim of scandal that ran for nearly a decade and was spearheaded by a news organization. The newspaper was charged with breaking into voicemails of several Brit celebrities in gross violation of privacy.

Ben Silverstone, the lawyer for the defendant stated that News Group Newspapers offered its sincere apologies to the Mills sisters. “The defendant accepts that such activity should never have taken place and that it had no right to intrude into the private lives of Ms Heather Mills or Fiona Mills in this way,” he said.

According to the statement produced before the court, Mills experienced “strange activity with their telephones, journalists, and photographers turning up in unexpected locations,” and the scenario continued “without any apparent identifiable source.”

The publication of news surrounding them “caused a lot of distrust and suspicion” toward their family and friend that someone was “betraying them and selling stories to the press”, the statement read.