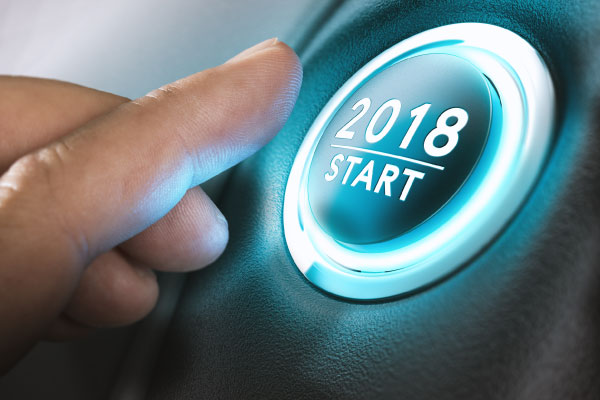 SecureLink, a company into secure third-party remote access and support, shared the cybersecurity trends it predicts will have the biggest impact on enterprise organizations and their vendors in 2018: third-party breaches will be on the rise; hacking will go mainstream; surface area for attacks is growing at a rapid rate; healthcare data is a new prize for hackers; and responsibility over liability will be debated.

“2018 is going to be a very busy year as companies and their technology vendors fight to protect information and debate who should pay in the event of a breach,” said Jeff Swearingen, CEO of SecureLink. “With hackers continuing to exploit poor third-party privileged accounts, a burgeoning market for stolen information and an expanding surface area to defend, companies of all sizes will make security and accountability a top priority.”

Third-party breaches will continue to be on the rise: More and more hacks will come through third-party organizations, similar to the well-known Target breach that exposed credit card and other information of customers, rather than directly through the enterprise customer itself. According to a recent study by the Ponemon Institute, at least 56 percent of the respondents experienced a third-party data breach – up seven percent from 2016. Hackers will continue to identify new and different pathways into organizations, looking for the weakest and least safeguarded point of entry.

Hacking is going mainstream: The likelihood of an organization getting hacked will increase in 2018, especially as access to sophisticated tools is available and easier for the average Internet user. According to data from ID Theft Resource Center, the number of security breaches more than doubled (131 percent) between 2012 and 2016, and 2017 outpaced 2016. Additionally, institutionalized, state-sponsored hacking (think Russia, China and North Korea) will continue.

Surface area for security attacks is growing rapidly: The attack surface for software environments is increasing at a rapid rate due to the ongoing adoption of cloud-based services and the proliferation of devices connected to the Internet, such as printers, and mobile devices. Organizations will be required to identify, manage and secure multiple entry points into a network.

Healthcare data will be the new prize: While credit card data is still vulnerable and susceptible, one new prize for hackers is healthcare data. Anthem’s data breach earlier this year shed light on the price premium for black market patient information, with healthcare data being nearly 50 times more valuable than credit card data. Businesses and healthcare/medical organizations made up the bulk of hacking targets in 2016, accounting for 45 percent and 34 percent of breaches respectively, with healthcare breaches specifically jumping 151 percent in the last 10 years. This trend will only continue to grow in 2018.

Liability will come into sharp focus: As the cost of a breach can be an existential threat to an organization, companies and their vendors will do battle over who pays in the event of data loss. According to a recent study from Ponemon, more than 55% of organizations surveyed didn’t know if third-parties’ policies would prevent a data breach.

“Organizations that monitor these trends and make informed decisions to address the expanding range of security vulnerabilities and liabilities will be the most successful and least compromised,” added Swearingen.