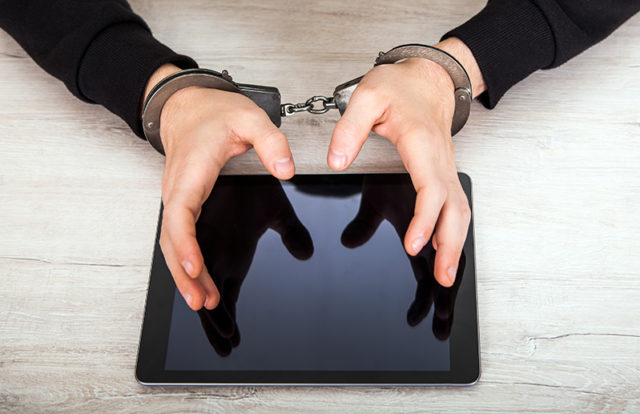 A duo from East London’s Dagenham district, Oluwaseun Ajayi (39 years) and Inga Irbe (49 years), both residents of Orchard Road, have been convicted for committing more than 700 bank and mobile accounts frauds. The Croydon Crown Court’s sentencing for the duo included five and a half years of imprisonment and community service of twelve months along with 170 hours of unpaid work.

The court found that the suspects compromised more than 700 bank and mobile phone accounts during the said time period. They placed fraudulent orders for upgraded phones from the victim’s mobile phone accounts and a corresponding fraud amount exceeded nearly £12,000 (approximately US$ 15,770) the investigation suggested.

On November 27, 2019, the jury in Croydon Crown Court held the duo responsible for their cybercrimes on two counts of conspiracy to defraud, and two counts of conspiracy to commit fraud by false representation over the timeframe of six years (February 1, 2012 to May 14, 2018). In addition, Ajayi was also found guilty for not complying to Section 49 RIPA notice (i.e. failure to disclose his phone’s PIN code).

Since the couple had access to the victims’ bank accounts and mobile phones, they fraudulently applied for additional bank accounts, loans and credit cards in the victim’s name, without their knowledge.

On account of suspicion, the Metropolitan (Met) Police officers conducted a search on November 22, 2016. During the search, officers found various items which were subsequently seized including mobile phones, iPad, Tablets (Laptop), a computer and a financial document. Based on the evidence found, Ajayi and Irbe were arrested for Fraud by False Representation, but later bailed pending further enquiries.

On September 7, 2018, while the duo was awaiting trial for their offences, the Met police conducted a second search of their apartment. The search didn’t go smoothly as the officers had to warn the couple of a forceful entry. They eventually let in the officers to execute the search warrant. Again, numerous items including Apple iPhone, Huawei and x2 Nokia mobile phones, SIM Cards, iPad, a Dell Laptop, an Apple iPad, bank cards in other people’s names, correspondence in other people’s names and hard cash of £1,200 (approximately US$ 1570) in £50 notes was found and subsequently seized by the officers.

Both suspects were again immediately arrested on suspicion of Fraud by False Representation whereby they had accessed 27 customers’ bank and credit accounts and were later produced in the Magistrates’ Court where they were granted bail.

Detective Inspector Gary Myers, from the Met’s Central Specialist Crime–Cybercrime Unit said, “Ajayi and Irbe committed these offences in a manner that demonstrated a lot of pre-planning and deception, however they were not able to deceive officers who carried out a full, thorough and committed investigation which has brought these two criminals to justice.”