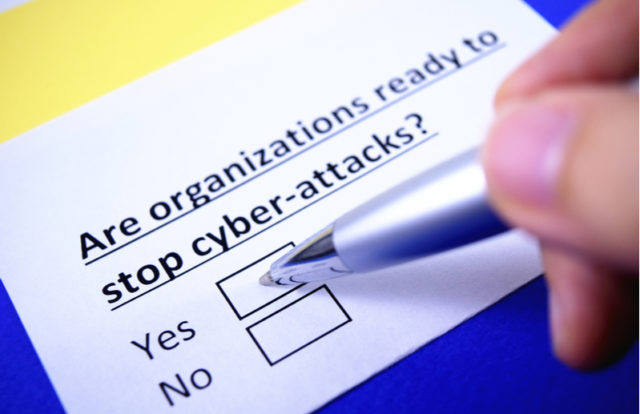 A report released by Hiscox, a cyber insurance providing company, pointed that cyberattacks across several verticals in the U.S. and Europe have seen a sharp surge, whereas the cyber readiness of the organizations has come to a halt. The survey included nearly 5,400 private and public sector organizations from the U.S., UK, Belgium, France, Germany, Spain and the Netherlands.

The report highlighted that 61 percent of the firms experienced a cyber incident in the past year, up from 45 percent in 2018. Financial losses that accounted for US$ 1,67,000  have risen five times to nearly US$ 7,20,000.  Despite these alarming numbers, the cyber readiness of the firms seems to be moving at a snail’s pace, as only 10 percent of the surveyed companies achieved “expert” status and 74 percent were tagged as unprepared “novices”.

The proportion of organizations with no defined role for cybersecurity has halved in the past year – from 32 percent to 16 percent – and there has been a marked fall in the number of respondents saying that they changed nothing following a cyber incident (from 47 to 32 percent). The new regulation has led to prompted action, with 84 percent of Continental European organizations saying they have made changes following the advent of the General Data Protection Regulation (GDPR).