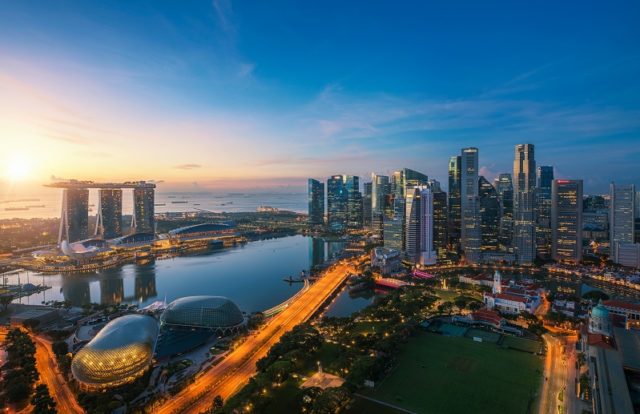 Group behind the SingHealth breach is also responsible for a string of other attacks in the region. In July 2018, an attack on Singapore’s largest public health organization, SingHealth, resulted in a reported 1.5 million patient records being stolen.  Until now, nothing was known about who was responsible for this attack. Symantec researchers have discovered that this attack group, which we call Whitefly, has been operating since at least 2017, has targeted organizations based mostly in Singapore across a wide variety of sectors, and is primarily interested in stealing large amounts of sensitive information.

Whitefly compromises its victims using custom malware alongside open-source hacking tools and living off the land tactics, such as malicious PowerShell scripts.

To date, Whitefly has attacked organizations in the healthcare, media, telecommunications, and engineering sectors.

How Whitefly compromises its victims

Whitefly first infects its victims using a dropper in the form of a malicious .exe or .dll file that is disguised as a document or image. These files frequently purport to offer information on job openings or appear to be documents sent from another organization operating in the same industry as the victim. Given the nature of disguise, it’s highly likely that they are sent to the victim using spear-phishing emails.

If opened, the dropper runs a loader known as Trojan.Vcrodat on the computer. Whitefly has consistently used a technique known as search order hijacking to run Vcrodat. This technique takes advantage of the fact that Windows does not require an application to provide a specific path for a DLL that it wishes to load. If no path is provided, Windows searches for the DLL in specific locations on the computer in a pre-defined order. Attackers can therefore give a malicious DLL the same name as a legitimate DLL, but place it ahead of the legitimate version in the search order so that it will be loaded when Windows searches for it.  Whitefly frequently delivers Vcrodat as a malicious DLL that has the same the same name as DLLs belonging to legitimate software from various security vendors.  The group leverages search order hijacking to assure that their malicious DLLs will be executed. Targeting security applications could allow the attackers to gain higher privileges for the malware, since the vendor’s component may be run with elevated privileges.

Once executed, Vcrodat loads an encrypted payload on to the victim’s computer. The payload contacts a command and control (C&C) domain. Whitefly configures multiple C&C domains for each target. The payload sends system information about the infected computer to the C&C server and downloads additional tools.

Once the initial computer on the targeted organization’s network is infected with Vcrodat, Whitefly begins mapping the network and infecting further computers. In order to carry out this operation, it uses publicly available tools, including Mimikatz (Hacktool.Mimikatz) and an open-source tool (SHA2: 263dc5a8121d20403beeeea452b6f33d51d41c6842d9d19919def1f1cb13226c) that exploits a known Windows privilege escalation vulnerability (CVE-2016-0051) on unpatched computers. The attackers rely heavily on tools such as Mimikatz to obtain credentials. Using these credentials the attackers are able to compromise more machines on the network and, from those machines, again obtain more credentials.  They perform this tactic repeatedly until they gain access to the desired data.

Whitefly usually attempts to remain within a targeted organization for long periods of time—often months—in order to steal large volumes of information. It keeps the compromise alive by deploying a number of tools that facilitate communication between the attackers and infected computers. These tools include a simple remote shell tool that will call back to the C&C server and wait for commands, and an open-source hacking tool called Termite (Hacktool.Rootkit), which allows Whitefly to perform more complex actions such as controlling multiple compromised machines at a time.

In some attacks, Whitefly has used a second piece of custom malware, Trojan.Nibatad. Like Vcrodat, Nibatad is also a loader that leverages search order hijacking, and downloads an encrypted payload to the infected computer. And similar to Vcrodat, the Nibatad payload is designed to facilitate information theft from an infected computer.

While Vcrodat is delivered via the malicious dropper, we have yet to discover how Nibatad is delivered to the infected computer. Why Whitefly uses these two different loaders in some of its attacks remains unknown. And while we have found both Vcrodat and Nibatad inside individual victim organizations, we have not found any evidence of them being used simultaneously on a single computer.

Links to other attacks

Some of the tools that Whitefly has used in its attacks have also been deployed in other targeted attacks outside Singapore.

Between May 2017 and December 2018, a multi-purpose command tool (SHA2: 7de8b8b314f2d2fb54f8f8ad4bba435e8fc58b894b1680e5028c90c0a524ccd9) that has been used by Whitefly was also used in attacks against defense, telecoms, and energy targets in Southeast Asia and Russia. The tool appears to be custom-built and, aside from its use by Whitefly, these were the only other attacks where Symantec has observed its use.

In another case, Vcrodat was also used in an attack on a UK-based organization in the hospitality sector.

It’s possible Whitefly itself performed these attacks but it’s more likely that they were carried out by one or more other groups with access to the same tools.

Adept attackers with a large toolset

It now appears that the SingHealth breach was not a one-off attack and was instead part of a wider pattern of attacks against organizations in the region. Whitefly is a highly adept group with a large arsenal of tools at its disposal, capable of penetrating targeted organizations and maintaining a long-term presence on their networks. Links with attacks in other regions also present the possibility that it may be part of a broader intelligence gathering operation.

This article was contributed by Symantec.